Tanzania is an East African country and is very popular for its safaris. It is one of the largest used Japanese vehicle importers in the world. Japanese used vehicles are trusted all around the globe for their reliability and economical price. So people of Tanzania also prefer buying these Japanese use vehicles for their personal and business use.

Most Demanded Vehicles in Tanzania

Due to its territorial location and climate, most people prefer off-road automobiles or power drives like 4-wheel or 2-wheel front drive. Mini, compact, Mid-sized, or full-size SUVs and MPVs are liked more in Tanzania. On other hand, some people also like importing sedans and hatchbacks from Japans. All Japanese automobile tycoons are selling great in Tanzania. Toyota, Nissan, Honda, etc. Non-Japanese / LHDs also have great demand in Tanzania as it is a land of car lovers.

Toyota’s few models are very popular in Tanzania like in SUVs Harrier, Rush, Rav4, Hilux, and Vanguard these four-wheel drives are compatible with the climate of the African region.

Nissan’s X-trail and Honda’s CRV are also two preferred SUVs of this region.

As per regulations age limit for conventional cars is 10 years. The older vehicle could also be imported by paying extra taxes and duties. JAAI is an approved and recognized authority to confirm the roadworthiness of the vehicle before it departs for Tanzania.

Dar-es-Salaam port is the nearest port where usually all shipments land it may be RoRo or Containerized shipment.

Our agents would help you with port clearance and other compulsory procedures. 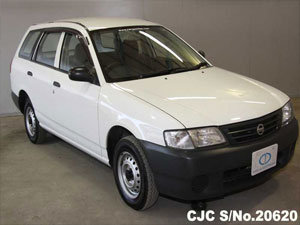 Customer from TANZANIA
View All