So the highly anticipated Toyota Land Cruiser 300 series was finally unveiled in Qatar by Toyota on June 9th. They are calling it the J300 series which has replaced the 200 series which started back in 2007.
The launching of the J300 series is one of the biggest news of 2021 in the SUV market, as the Toyota Land Cruiser series highly in demand in the Middle East, Africa, and the Australian region. There were continuous leaks of photos and updates on the LC300 series, now Toyota has officially given updates regarding the engine and redesign of some features.

The conventional V8 engine has been replaced with the newly developed V6 twin-turbo engine (3.5-liter gasoline and 3.3-liter diesel engine) which will enable a classy driving experience combining with 10 Speed Automatic Transmission.

As per the documents and information circulating on different Japanese blogs Toyota is about to launch a new LC 300 in different variants like GX, AX, VX, ZX, and GR-S. As per the rumors, Toyota will be launching the diesel variants in Japan as well after 2007 this would be the first time Toyota will introduce a diesel land Cruiser 3.3 engine in japan. The GR-s variant will be the off-road package with more focus on off-roading and racing purpose with letters G and R resembling Toyota motorsport division Gazoo racing. 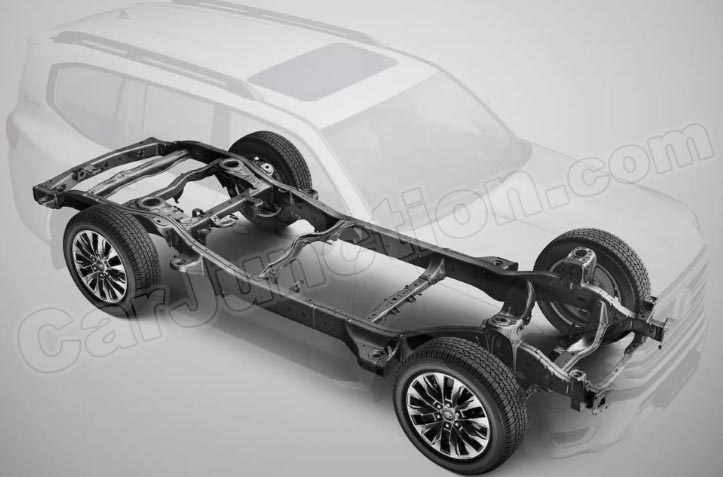 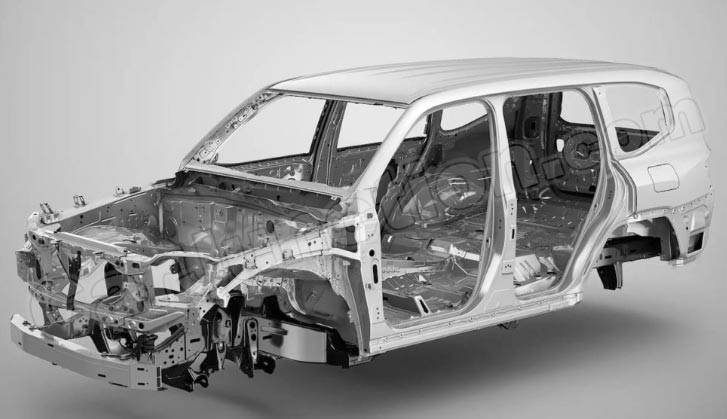 The new Toyota Land Cruiser 300 series has the exact hardcore exterior look as anticipated worldwide with having three-eyed headlamps. The radiator grille has a large showoff with four horizontal slats instead of three. The overall body expression is a high position look with upright pillars and a straighter backside. Side mirrors are more curved in shape. The new rear quarter glass has been introduced with slimmer and wider backlights, there is no chrome work on taillights which will make the design look more cleaners. 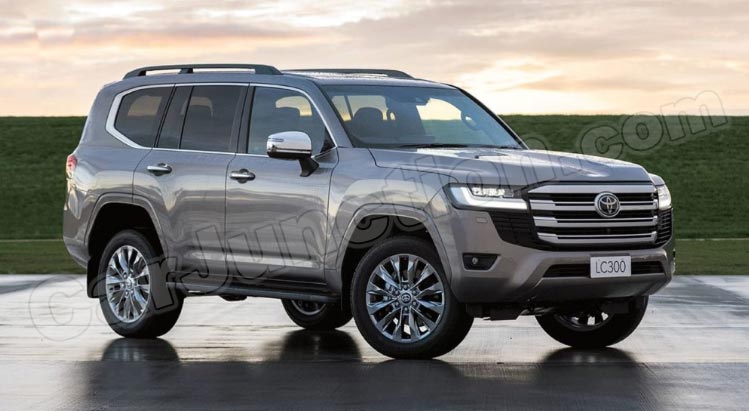 ZX will be the high-end variant with a prime focus on comfort and luxury, as per the rumors the rear entertainment screens will be continued as a major option along with the power tailgate option and 20-inch alloy rims size. Toyota might fit in AVS suspension in ZX to make it a more comfortable ride.

A 12.3-inch touch screen floating display along with a wireless charger and head-up display feature is expected. The first time Toyota would be introducing a multi-train monitor that displays obstacles ahead on the central display. The four-zone climate control system will be continued. 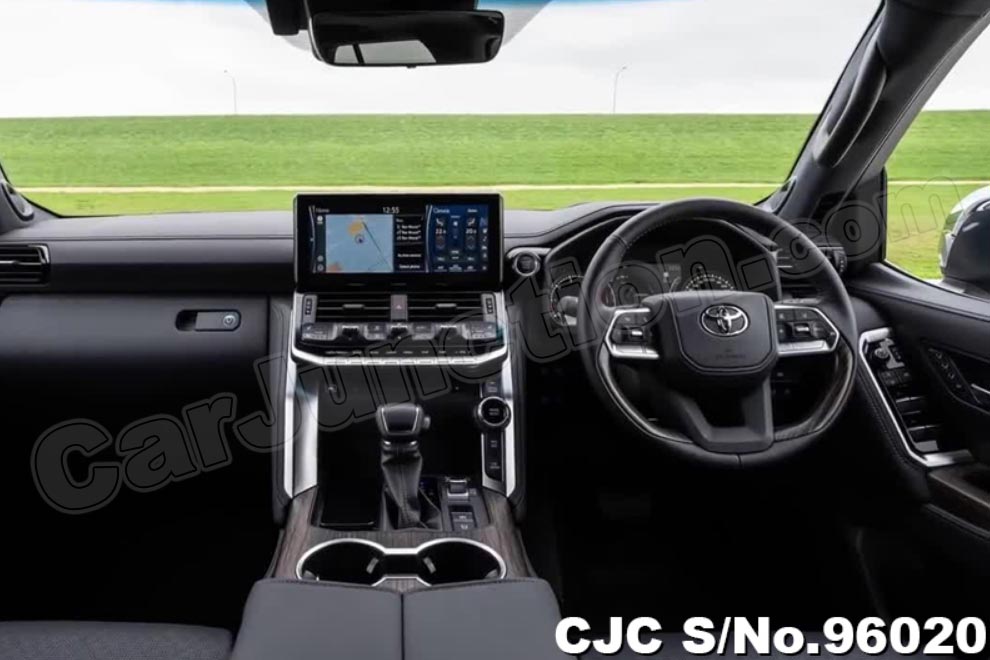 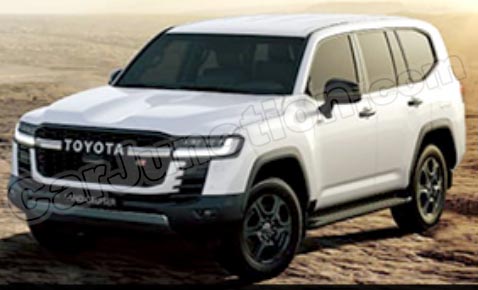 GR-s might be available in 5 and 7 seats, as per the different sources GR-s will be having a KDSS system along with 18-inch garish look alloy rims. The front grille is quite different from the spider shape-specific GR-S grille. Electrically adjustable driver and front-passenger seats, start/stop button with GR-S branding.

If you wish to get a 2022 model of Land Cruiser, place an order now! For further details write us back at:

When Toyota LandCruiser 300 series will be available for Booking?

Is hybrid version of Toyota Land Cruiser 300 series will be launched?

Is the Diesel Land Cruiser 300 coming in Japan?

How to book LandCruiser 300 Series in advance?

Car junction Japan is now taking advance booking order for New LandCruiser 300 series, we can arrange the shipping upto your port as well. You can discuss the required variant and booking details with our department for brand new vehicles.